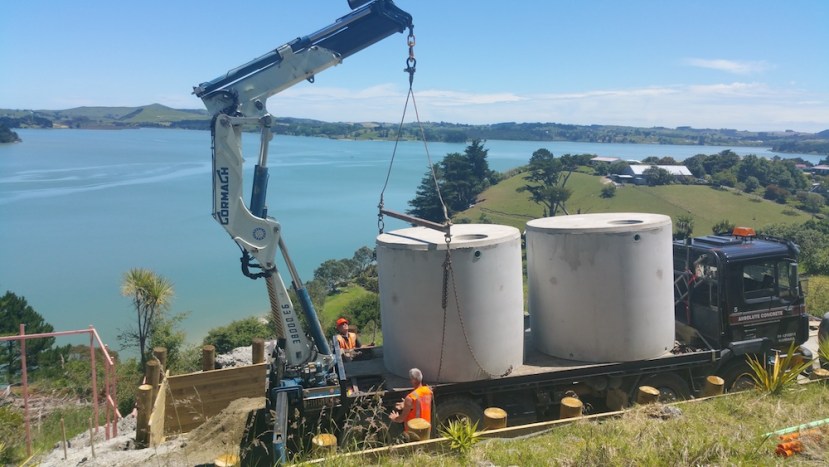 The upper retaining wall is almost finished and the parking turning bay is starting to take shape. 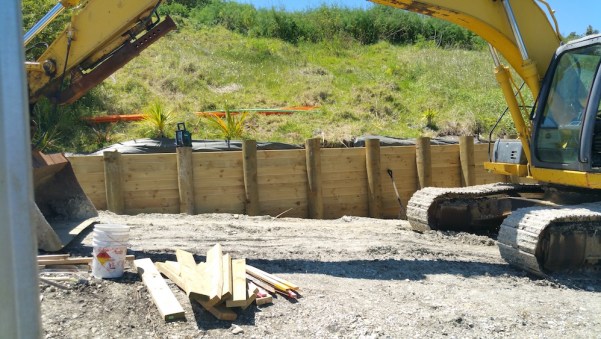 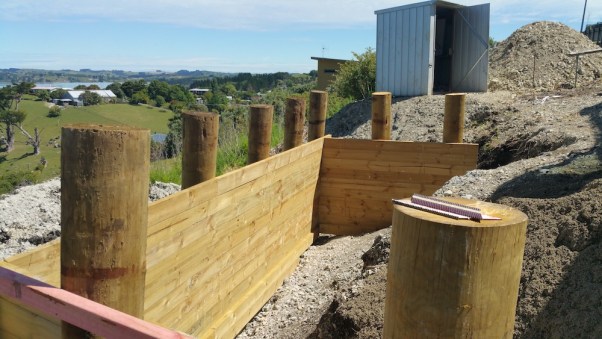 With some timber structure up to guide the scaffolding the shape and height of the house is also slowly appearing. 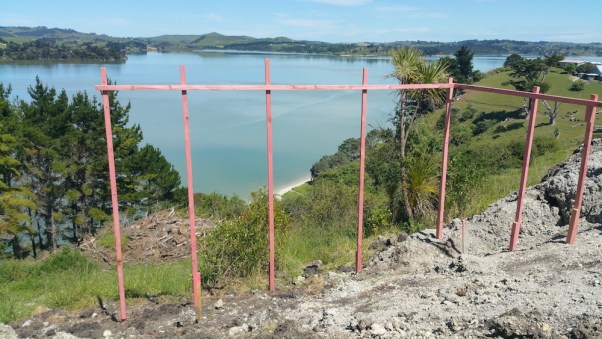 This week was mostly about the installation of the water tanks.

To improve the situation we decided to install an extra tank so we would have sufficient water. Not unwise considering Northland will get drier in the future and there is no town water supply in Pahi. Another few events made us change the plastic tanks to concrete ones. As the tanks are partially buried we needed up spec plastic ones which were more expensive so concrete ones were comparable in price now. Also the connection for the fire hose was pretty deer at $1600. The builder proposed to bury the fire fighting water tank in the parking bay with a manhole at the top to avoid the expensive fitting and at the same time the tank will be nice out of sight buried underground and requiring less fill material in the parking bay retaining wall. A quick check with the structural engineers confirmed this was ok.

The two domestic tanks have been installed last week and waiting now is for the delivery of the one for the parking bay. All we need now is roof to start collecting water. 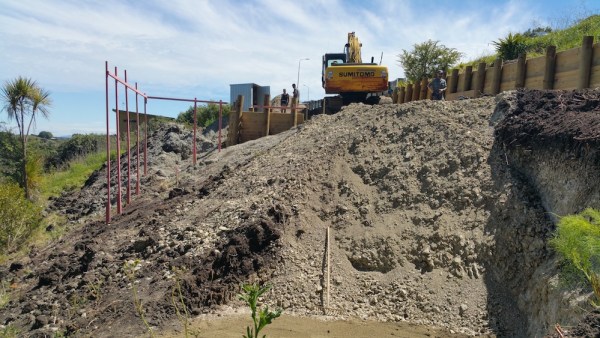 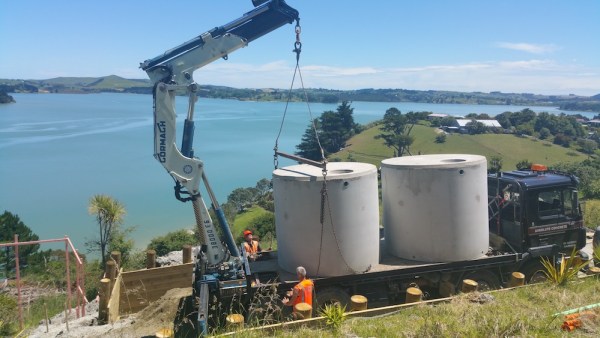 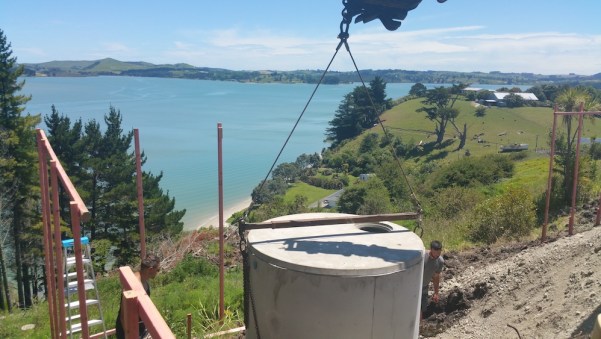