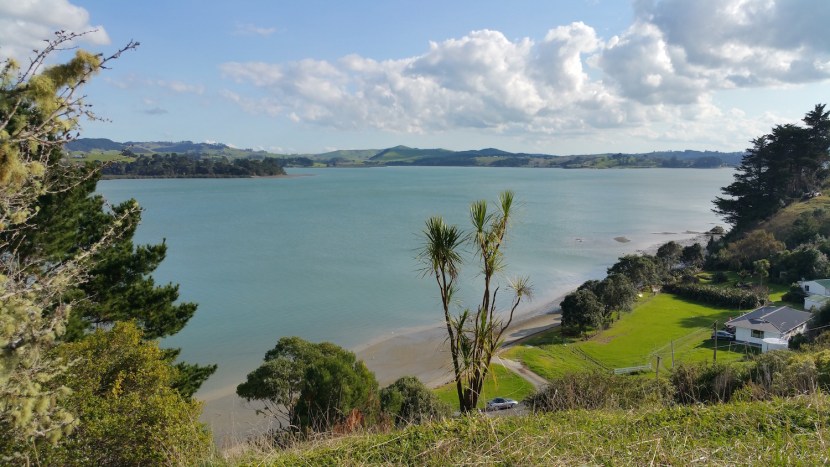 In 2010 we purchased a section at Pahi situated on the Northern side of the Kaipara Harbour in Northland, New Zealand. Being from the Netherlands which is terribly flat and where hardly any houses have a view of the water, we were very impressed by the land and its million dollar view.

The site is situated on a hilly subdivision with multiple sections and where some baches have already been built. The land is 2000 m2 and 33 x 60 m.

Below are some pictures of the site. Hopefully these give you some idea of the scale.