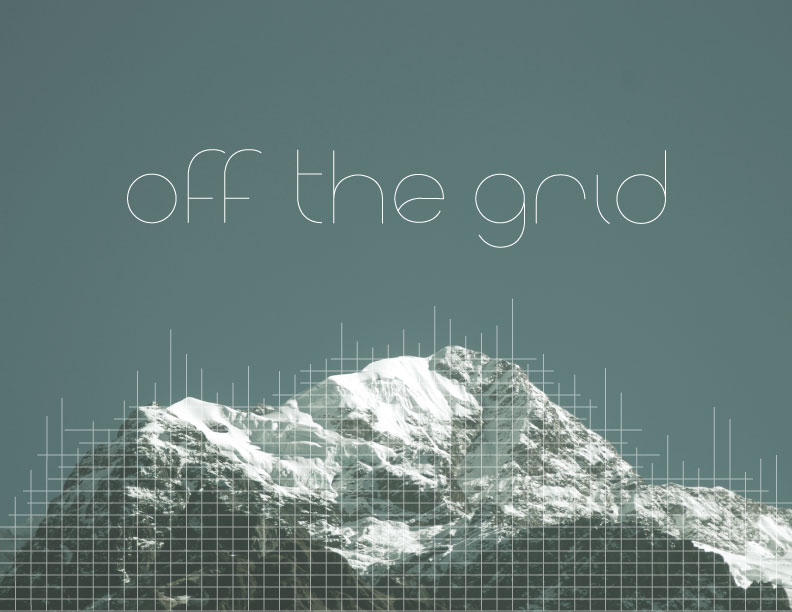 While we don’t have other options than to collect rainwater and dispose of our waste water on-site there is an electricity connection to our site. So the question is to be or not to be grid connected?

Decisions to go on or off-grid seem to revolve around

For remote areas sometimes there is no other solution than going off-grid but otherwise arguments to go off-grid are often not financially driven. Only looking at cost though the choice is fairly quickly made to stay on the grid for a while. Going completely off-grid would require a battery storage that has capacity for a couple of days which easily costs $15,000-$20,000. If you go on a grid connected low user contract the yearly line charges are about $120. Battery storage options are dropping in price fast and even IKEA in the UK started selling them but it will be a while before it becomes really competitive to cut the power cord to the grid.

The other frequently mentioned aspect is resilience or self-sufficiency.  So what if there is a power outage? Heating of our home is no problem with our passive solar home. The solar electricity generated during the day, assuming we will install an array of solar panels, should be prioritized and timely managed over heating the water, charging the car and the fridge. We would have to cook at noon when there is solar power or use our camping stove. We could charge phones and Ipads in our EV. I guess the main problem will be lights at night but that is easily solved with some led torches and candle light dinners. So there is no real need to have 100% availability of electricity all the time when a power outage occurs.

One of the goals is to have a zero energy home. Mostly it means the renewable energy generated on site over a year equals the energy used. In my opinion this doesn’t have to be on-site since the goal is to generate and use electricity with zero or low emissions. We are for example co-owner (with 1500 others) of a large windmill in the Netherlands where the generated electricity is fed into the grid and your share of generated energy is deducted from your energy bill of your home (organized by “de Windcentrale”).  Emission wise this is not very different from generating electricity with solar panels on your roof on-site and I prefer this option since wind energy is a lot cheaper compared to solar even when it is not used behind the meter to counter consumer electricity prices.

When going off-grid and using solar panels you know you will have low to zero emission electricity. So how bad is it to take energy from the grid? On paper we could claim we are already using renewable energy since we have an energy contract with Ecotricity who only supplies renewable energy. In reality you get the electrons to your door which are generated with a mix of generation sources. There is no significant energy production in Northland so the main supply of electricity comes from one cable through Auckland which is being fed by sources from the lower North Island and South Island. So for this we assume the national electricity mix new Zealand which consists of between 82% to 88% of renewable energy. 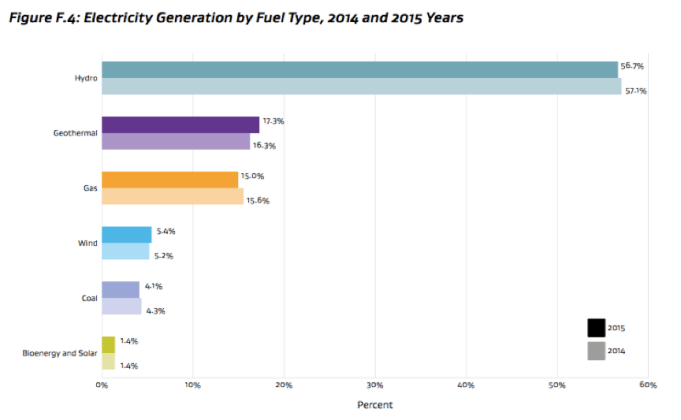 Mostly hydropower followed by geothermal and wind. Geothermal is renewable but still causes some emissions so some say the actual renewable percentage is around 65% but still high. So the difference in electricity emissions being off-grid or on-grid is not as big compared to a lot of European countries with renewable energy percentages which are a lot lower compared to New Zealand.  Also it is good to know that the baseload is mostly from hydropower and around the morning and evening peak gas and coal is used to meet demand.

Since we are staying grid connected for a while the best we can do cost and emission wise is to use as much of the solar panel energy as we can to avoid needing electricity from the grid especially at peak times. With the 8ct /kWh you get for exported solar energy versus 25ct/kWh consumer price this is also makes economic sense. One easy way to do it is to schedule the hot water heater, which will be the largest energy user of the home, to run in sync with solar energy generation. When our EV is at home during the day this will be the other big user to charge during the day.

The next step up is getting a small battery system for load shifting to use the solar energy generated during the day in the evening, night and morning.

A perfect contender for this is the battery of our car. It is 5 years old now and could service another 5-10 years but might be worthwhile changing at some point and use it for home storage. Also there are developments with boxes to use the EV as a home storage device for dumping excess solar energy when your car is at home but they are still expensive.

Nice to see lot of developments in this space to make homes energy smart.